A robber who targeted a 94-year-old woman has been jailed for nine-and-a-half years. 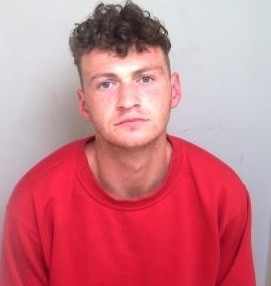 Two men broke into the victim’s home in Thames Haven Road, Corringham, in the early hours of July 12 last year, they went into her bedroom and one of the men pulled her from her bed. They demanded jewellery and pulled three rings, including her wedding ring, from her fingers and removed a necklace from around her neck.

The victim was threatened with a knife and demands were made for her bank card PIN.

She was pinned to the ground before she gave them the number and they left. She managed to call police following her ordeal, which lasted up to 15 minutes.

Her bank card was later found to have been used and a three figure sum of cash was taken on Wednesday, July 12.

On July 14, police attempted to stop a Peugeot 2008 on the A127 in West Horndon but it drove off, mounting a pavement as it fled.

Members of the public directed officers to where it went and it was found to have crashed in Childerditch Lane.

The two occupants ran off and one of them, Lewis Onwuchekwa, was chased on foot into Thorndon Avenue.

An officer used CS spray in an attempt to detain the 26-year-old, who was resisting arrest.

Onwuchekwa then took the CS spray and attempted to spray the officer before punching him in the head and running off. He was arrested a short time later by a second officer.

Onwuchekwa, of Newton Road, Tilbury, was charged with robbery, dangerous driving, possession of a noxious substance with intent to resist arrest, assaulting a police officer and escaping lawful custody.

He denied the offences and stood trial at Basildon Crown Court on Monday, January 8.

He was convicted of robbery, assaulting a police constable with intent to resist arrest, dangerous driving and was sentenced to nine-and-a-half years.

He was also banned from driving for six-and-a-half years.

Detective Inspector Brain Palombella said: “This was particularly harrowing incident that involved an attack on an elderly vulnerable victim and the calculated and callous actions of Onwuchekwa towards the victim, which will have undoubtedly left her and her family with lifelong mental and emotional scars.

“This was a particularly complex and protracted case that saw the full force of the Grays CID team and our partners called to bear in order to locate, apprehend and compile a high quality case file that has ultimately resulted in a successful prosecution against him.

“This case highlights an excellent example of the lengths that Essex Police will go to, to ensure we continue to serve and protect those must vulnerable in our society and our relentless determination to pursue offenders who target such persons, and the lengthy sentence passed down reflects the seriousness of such cases.

“I would like to pass on my thanks to the victim and her family for their support and understanding. I would also like to thank and highlight the efforts of PC Mark Miller and partners whose diligence and professionalism exemplified what we stands for – protecting and serving Essex.”