Teenagers held up in knife point robbery in Chafford Hundred 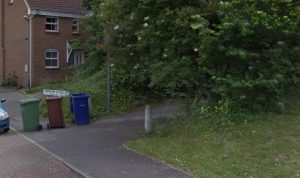 ESSEX Police are appealing for information about a knife-point robbery in Chafford Hundred yesterday (Saturday, January 13).

Two teenagers were walking an alleyway off Hepburn Close at around 6.30pm when they were stopped by four suspects.

The suspects showed the victims, aged 16 and 18, the handle of what they believed to a knife in his pocket. They ran off with a two-figure sum of cash.

The first suspect has been described as being white, wearing a grey puffed style jacket and had blond hair.

The second suspect has been described as being black, wearing a Gucci or Louis Vuitton and a black jacket with the hood up.

The other two suspects have been described as being black and wearing hooded tops.