A THURROCK rugby player has been selected for Scotland.

Jodie Rettie first played rugby in college at the age of 17 and has since gone on to play for Old Albanians and her current club – Thurrock RFC.

She graduated with a BSc in Sports Therapy from the University of Bedfordshire in 2013.

Jodie qualifies to play for Scotland through her Scottish father.

Scotland women will utilise several key players in different positions as they hone their Six Nations preparations in Sunday’s warm-up match against Spain.

Back-rower Jade Konkel, one of four professional players, will start at prop, as she did for the first time in a friendly against Spain in November.

Captain Lisa Martin returns to inside centre, after playing at scrum-half in Scotland’s last match.

Hannah Smith, meanwhile, makes the switch from centre to flanker.

They open their campaign away to Wales on Friday 2 February at Parc Eirias in Colwyn Bay.

Head coach Shade Munro said: “Spain are currently ranked higher than Scotland and we will have to be at our very best to beat them.

“The selection for this match was extremely difficult which is testament to the players and the competition for places that has developed.

“The more we have trained together, the better prepared we have become and we are eager to show what we are capable of in our performances.

“We have been building momentum and developing as a team over the past couple of seasons, and it was especially pleasing to see the cohesion of the team continue to grow over the autumn.”

A Scotland XV also won 24-5 in Spain in November. 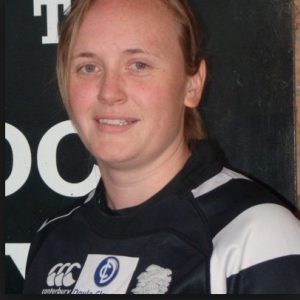