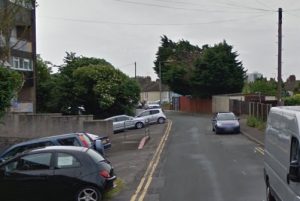 ESSEX Police is appealing for information about an aggravated burglary at an address in Dell Road, Grays, on January 10.

Three men were reported to have forced their way into the property between 7.10pm and 7.20pm.

Police have descriptions for two of the men, both of whom were believed to have been white and around 30 years old. One man was approximately 5ft8ins tall, and of medium build. He wore a dark beanie hat, a hooded jacket and jeans with a handkerchief covering his face. He had an Irish accent.

This man was reported to have forced entry to a room, while holding a knife towards the victim. He demanded to be told where the jewellery was, and then stole items of jewellery before all the men left the property.

A second man was described as 5ft10ins tall, of slimmer build and wore a dark jeans and top.

The victim believed the third man was younger, due to the tone of his voice.

If you have any information, or saw something suspicious, please contact Dc Marc Makin at Grays CID on 101, or Crimestoppers anonymously on 0800 555 111.