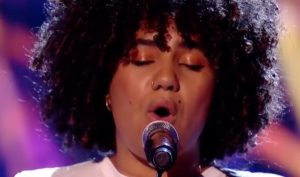 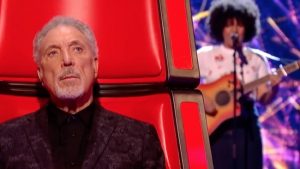 MUSIC legend Tom Jones was the first to “turn his chair around” in choosing Thurrock singer Ruti in the first round of ITV’s The Voice.

For the uninitiated, the blind audition involves the four judges (Tom Jones, Jennifer Hudson, Olly Murs and will.i.am) listening to the artist and if they like what they hear, they can press their button to turn around and recruit them to their team.

Eighteen-year-old Ruti sang Budapest by George Ezra. Her unique sound had the judges dazzled and impressed but it was Tom Jones who turned his chair around.

Ruti had her family and friends rooting from the sides and they were ecstatic when she was chosen.

Ruti has been on the local music scene for several years and is another young singer who has benefitted from being tutored by singing coach Shana Elliott.

Well done Ruti, Thurrock is very proud of you.