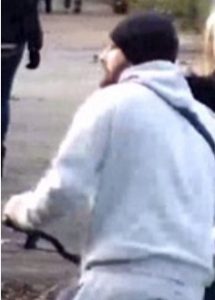 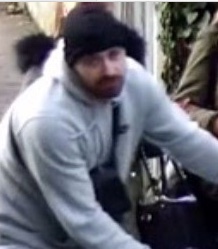 ESSEX Police are investigating an assault outside Thurrock Learning Campus, in High Street, Grays, on Monday, January 22 and would like to identify this man in connection with our enquiries.

During the assault, two men, aged 19 and 20, were approached by a group of people and sprayed in the face with an unknown substance. They were also punched and kicked, before the group left the scene.

The victims, who were left with minor injuries including some reddening to the face, were helped by security staff from the college, prior to officers being called.
No arrests have been made.

Police Constable Richard Dines from Grays CID, said: “This was a nasty assault, which happened in broad daylight at around 3pm. We believe it was isolated, and targeted, and we are conducting thorough enquiries into what led to the two men, who are not students at the Thurrock Learning Campus, being assaulted.

“I’d like to reassure the wider community that although it is very worrying when incidents of this nature happen, they are rare and will be investigated using the full extent of our powers.”

Anyone with information, especially those around the area at the time including commuters and students, is asked to contact Grays CID on 101, or Crimestoppers anonymously on 0800 555 111. Please quote incident number 511 of January 22.