The MoD bomb disposal team has assessed the unexploded bomb and have confirmed it is an empty shell casing with no explosives inside.

It will now be taken away from the site and there will be no need for any further closures to the QEII Bridge. 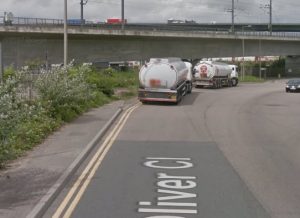 Called at 0855 hours this morning (Tuesday).

A Ministry of Defence team is on the way and the bridge may shut again later when they dispose it.

This is not the same bomb that caused City Airport to close on Monday.

The A282 Dartford Crossing QE II Bridge is closed due to a Police Incident.

Traffic is being diverted around the incident via the ‘Hollow Triangle’ diversion route.

From M25 junction 30 exit slip road roundabout, take the 3rd exit onto the A13 towards Dagenham and Central London.

At A12/ A102 interchange take the exit onto the A102 southbound towards the M25 and Dover through Blackwall Tunnel.

Follow the A102 and A2 through Kidbrooke and Danson interchanges towards the M25 and Dover.

Take the exit at M25 J2 interchange and at the roundabout re-join the M25 towards Gatwick.

Road users may wish to consider alternative routes and are advised to allow extra time for their journey.