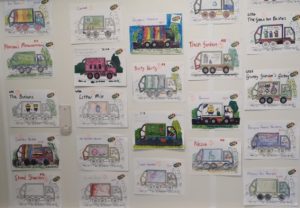 Pupils of participating schools were asked to colour in the bin lorry picture provided and to suggest an imaginative and appropriate name.

“We have received over 950 competition entries from Thurrock primary schools. This is a great way to share the importance of recycling, waste disposal and the need to look after our environment with pupils.

“All entries have been judged by members of the Waste & Recycling team.

“The winning names will go on the front of the freighters and the drawings will appear on the driver’s door.

“Our waste crew have named a waste vehicle too. They have chosen the name of Eboniee Duster.

“The winning school pupils and their classmates will be invited to see the newly named vehicles and the coloured pictures once the freighters have been decorated.” 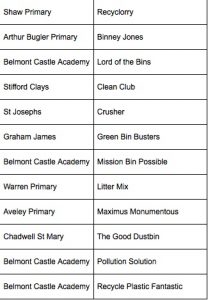