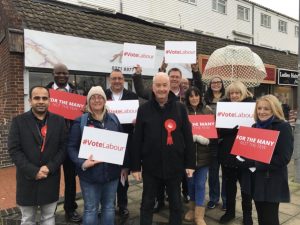 The Tories intend to charge Thurrock residents an extra £325 to have their loved ones buried, increasing the cost to a crippling £975.

Speaking about his anger over the proposals Leslie said, “The Tories’ decision to target grieving families with a new ‘tax on death’ is absolutely disgraceful. The massive increase in the cost of burials will mean that families already having to deal with the loss of a loved one will be faced with costs that many Ockendon residents simply will not be able to afford.”

“I have no doubt that Ockendon residents like me will be completely appalled at this display of a basic lack of decency from the Tories.”

“Between hiking council tax, the attempt to introduce a Grass Tax, the rise in charges for residents in sheltered accommodation, and now the increase in burial costs the Tories seem to be determined to punish Ockendon residents from cradle to grave.”