Fifteen years for man who stabbed another in Chafford Hundred 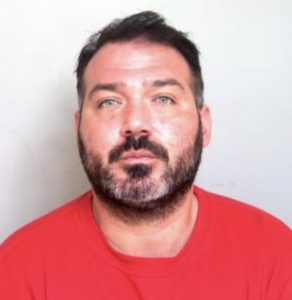 A FIFTEEN year jail term has been handed to a man found guilty of a serious assault in Chafford Hundred last year.

Huseyin Abuzet, 37, of Cumberland Road, Chafford Hundred, was sentenced at Basildon Crown Court on Friday, February 23, after being found guilty of grievous bodily harm with intent, and possession of a knife or bladed article.

Police were called to reports of an assault in Cumberland Road, Chafford Hundred at around 2.50pm on Sunday, August 27 and found a man in his 40s with stab wounds to his body.

He was taken to hospital for treatment for his injuries, which Abuzet had caused with a knife.

Abuzet was arrested nearby a short time later on suspicion of GBH with intent.

He appeared at Basildon Magistrates’ Court on Tuesday, August 29, charged with attempted murder and possession of a bladed article.

He was then remanded in custody and pleaded not guilty to the charges on October 13 at Basildon Crown Court.

Following his court appearance on Friday, February 23, he was also issued with a restraining order meaning he cannot contact the victim.

He said: “This assault had a significant impact on those involved and today’s result will allow the victim and his family to move on.

“This case is just one example of how Essex Police tirelessly work to bring offenders to justice and ensure they are placed before a court to face the consequences of their actions.”