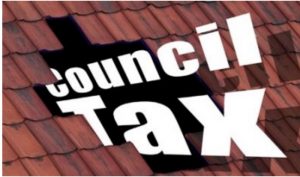 Conservatives exposed as the party of high taxes in Thurrock

The Thurrock Conservatives were “exposed as the party of high taxes in Thurrock” after voting for a 5% increase in council taxes at Wednesday night’s budget meeting, despite a budget surplus of £2.49m claim Thurrock Labour.

The move was opposed by the Thurrock Labour Party who proposed to slash the increase in council tax by 40%.

Leader of Thurrock Labour Group Oliver Gerrish explained: “We have supported the increase in council tax directly linked to adult social care because after eight years of Tory cuts we need to ensure that we have the necessary funds to support our most vulnerable residents.

“However, we argued for the elimination entirely of any additional increase in council tax beyond this, reducing the Tories proposed increase by 40%. Local residents have had to pay more and more under the Tories and we believe that the council should do as much as possible to minimise any further tax rises.

“It is not acceptable to have such big tax increases when all they are doing is increase the size of the surplus rather than going towards any particular services.”

“When Labour ran Thurrock Council we committed to keeping council tax the lowest in Essex. By contrast, the Tory approach seems to view local residents as a handy cash cow”

“At a time when wages are falling Labour is on the side of ordinary residents who are seeing all of their monthly bills go up and up. The people of Thurrock would be better off under Labour.”

The 5% increase to council tax was passed with the help of the Thurrock Independents (UKIP) who refused to join Labour in voting against the general council tax rise. This means that council tax bills have increased by 10% in just two years of Conservative administration.