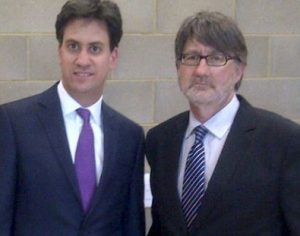 A FORMER Labour parliamentary candidate for South Basildon and East Thurrock has quit the Labour Party.

Mike Le-Surf fought for the seat in 2015 but lost to Conservative MP, Stephen Metcalfe.

But since then his political profile has slowly dimmed.

At the weekend on social media, he informed friends that he was quitting the party and gave a detailed statement why.

First, I cannot continue to support (emotionally, physically or financially) an anti-EU party and, since the EU referendum and the change of Labour Party direction in this area, I have become increasingly saddened by rise of intolerance that has occurred in our communities. In my opinion this is a direct result of pandering to the views of the far right and a real error of judgement.

Second, although I am what some would call a “staunch left-winger”, I am very aware that for a political party to win general elections and improve people’s lives it cannot sit too far to the left (or to the right) of the political landscape of the country it wishes to represent. The Parliamentary Labour Party exists to win elections and improve all people’s lives, not just to follow personal ideologies and make its members feel good about themselves.

Third, on a local level, I have been so disappointed to see all hard work of the past fifteen years by many party members in my home town of Brentwood be dismantled and dismissed by the few. It is always hard for Labour in Essex but our local CLP had built a strong community presence during this early part of the twenty-first century. As a lone Labour councillor for a few of those years we still made a difference. I did not join my local party just to attend meetings or to join the “socialist book club”.

The constant in-fighting and opposition bashing by the Conservatives, Labour, and Liberal Democrats is a real turn-off for most people who may otherwise like to get involved in politics.

Alternatives are starting to appear for independent minded, pro-EU citizens who wish to represent their communities. If I decide to stand to represent my community again at a local level it will be as an independent voice in my old ward of Brentwood South. If I stood again on the national stage it would be in a pro-european constituency where I could best represent the people that live there.