Did it take Essex Police two hours to attend a 999 call from 75-year-old South Ockendon resident whose house was being burgled? 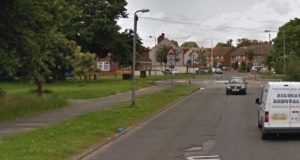 THIS is what we know.

On Saturday (March 3rd), a concerned daughter told fellow members of a Facebook page that it took Essex Police two hours to attend a 999 call to her 75-year-old mother’s home.

She claimed that the mother had rung 999 as there were “Two men in a black 4 x 4 trying to get into her back door”.

So, we contacted Essex Police and asked them “Do you have any details re report and attendance at poss break in Darenth Lane
on Sat March 3rd please?”.

“Could you tell us what time call came in and what time officers attended at location?”

Essex Police responded: “We were called to an address in Darenth Lane, South Ockendon at around 8pm on Saturday, March 3 following reports of damage to the back door of a property there.

Needless to say, we have contacted Essex Police and asked them (as we did in our original e-mail)…”What time did you attend at location?”

We have yet to establish what was said in original 999 call.
Was it…”I have had my back door damaged” or “Men are trying to break in”

We will keep you updated.

Readers may recall that we ran a story in 2016 regarding Essex Police, 999 calls and response times.

One Response to "Did it take Essex Police two hours to attend a 999 call from 75-year-old South Ockendon resident whose house was being burgled?"