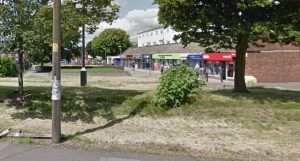 ESSEX Police is appealing for information following a robbery at a Co-op store in South Ockendon.

Two men, one of them armed with what has been described as a large knife, went into the shop in South Road at around 9.40pm yesterday (Friday, March 23), while a third man stayed at the door.

They threatened staff and demanded money before making off on foot with a quantity of cash.

During the incident a member of the public, a man, walked up to the shop and tried to go inside but was stopped by the man at the door.

The police want to speak to this member of the public because they may have information important to this investigation.

The man holding the weapon has been described as wearing a black jacket with a dark hood, grey tracksuit trousers, and black trainers.

The second man has been described as wearing a black hooded jacket with a red hooded top underneath, back trousers, grey trainers, and a baseball cap.

The third man has been described as wearing a black jacket, a grey top underneath, and a blue hooded top with the hood pulled up over his head, black trousers, and dirty white trainers.

All three were wearing gloves and had their faces covered.