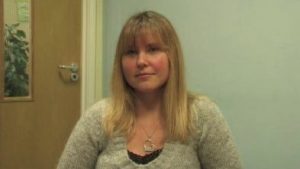 A FORMER deputy leader of Thurrock Council has quit her post as a councillor in Pitsea.

Amanda Arnold was a councillor in Thurrock between 2004 and 2012. She took a break and then returned in 2015 to be a Basildon District Councillor serving the ward of Pitsea.

But now it appears that she has resigned from her seat across the border from Thurrock.

Her profile has been deleted from the Basildon Council’s website.

No reason has yet been given for Cllr Arnold’s departure.

She did not attend Thursday nights full council meeting to vote on the Local Plan.

The email sent to councillors said her resignation meant two seats would be contested in the Pitsea South East ward during this May’s local elections.

The Basildon Conservative group said on Twitter: “We’re very sad that Amanda Arnold has had to resign as councillor for Pitsea South East for personal reasons. An extremely capable and respected member of the Basildon Conservative Group; a hard-working and tenacious champion for her Pitsea residents. We all wish her the very best.”