Health care service at Thurrock Community Hospital struggling with up to 1,000 calls a week 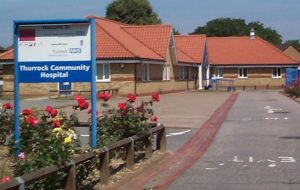 ALMOST 1,000 people a week have jammed a health call centre in Thurrock since opening in November.

Thurrock First Service opened at Thurrock Community Hospital as a one-stop shop for locals who wants access to social and health care.

Thurrock Council’s health and wellbeing overview and scrutiny committee was told that the 20-strong unit received more than 3,600 calls in its first month – with some users unable to get through. Officials claim that improvements have been made, but call numbers continue to grow.

Tania Sitch, care director for Thurrock Council, said: “Things are operating well. It’s been difficult bringing all these services together, and IT is still a challenge. We are trying to find a solution to that. We have been getting almost 900 calls every week – we had 990 this week.”

Ms Sitch said her team had had success reducing the number of abandoned calls since the service was launched in November 2017.

Councillor asked how long before IT issues are fixed.

“How long is a piece of string,” she said. “We are closer than ever. Calls are coming from a variety of sources including individuals themselves, family, GP’s and other professionals.

The new service was formed in July 2017 is made up of call handlers and clinicians/professionals and provides a service from 7am to 7pm seven days a week, with weekends and evenings for emergency contacts at present.

Councillors applauded the success and said they hoped it could be rolled out into childrens’ services.

Conservative Councillor Joycelyn Redsell, for Little Thurrock Blackshots, said: “I can see it working as long as you don’t get overloaded.”

All staff are to be trained as Motivational Interviewers and are able to screen for depression. The team have access to multiple databases allowing an overview of an individual’s needs and support. The service has access to social work, clinical nurse and community psychiatric nurse specialist support.

The committee noted the report and praised the team’s progress.