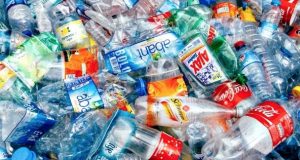 THE Pupils, Teachers, Staff and Governors of St. Joseph’s RC Primary School in Stanford Le Hope celebrated St Joseph’s Day on Monday 19th March and began their quest to reduce the schools use of plastics.

On a recent visit to the school by School Governor Chris Meads the ‘school council’ presented their ideas to significantly reduce the amount of plastic waste generated by the children and top of their list was to replace the mountains of water bottles used on a termly basis and after sharing their ideas with the teachers and the schools PTA, their campaign has started.

A few weeks later, every child in the school was presented with their very own refillable water bottle, a gift funded by the schools PTA in support of the school council’s drive to reduce plastic waste. Plastic cups and straws could be next on the list.

Chair of the PTA, Trina Thompson, was delighted the PTA jumped at the chance to support the children’s initiative and hopes this move will be a great way of getting them involved at an early age and aware of the damage plastics are causing in our rivers, seas and oceans.