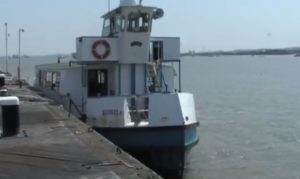 A COMPANY and its director who operated the Tilbury to Gravesend ferry have to pay out £16,000 after admitting running an unsafe vessel.

In September 2016, the ferry was approaching Gravesend when its main engine cut out and it collided with another boat.

Following this incident, the Duchess M was inspected by an official from the Maritime and Coastguard Agency and detained as a result of deficiencies.

After further inspections in November and January, the Duchess M was released but following an investigation by the MCA’s Enforcement Unit, the decision was made to prosecute the company and director John Potter, of Tonbridge.