A BIG-voiced youngster is carrying the south Essex flag in another Saturday night TV talent showcase.

After the success of Ruti Olajugbagbe in winning The Voice, up stepped 10-year old Calum Courtney (click here to see his performance) on the opening night of Britain’s Got Talent to wow the judges with his rendition of The Jackson 5’s Who’s Loving You.

Calum, from Basildon, is a regular performer at Stanford-le-Hope’s Regent Ballroom, who championed his cause on social media before Saturday’s show aired. Courtney, who is diagnosed as mildly autistic, is a familiar face on social media and last year notched up over two million views on YouTube of his performance singing in a local ASDA. 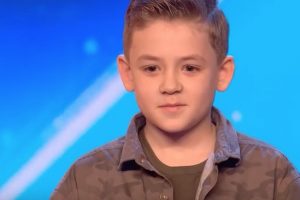