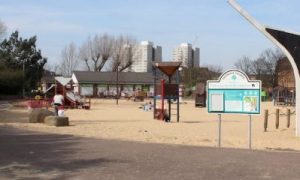 A 13-year-old boy, who cannot be name for legal reasons, was charged with assaulting a police officer and is due to appear at Basildon Youth Court on Tuesday, May 29.

Paul Docherty, 36, of Beaconsfield Road, Enfield, was charged with criminal damage and assault while resisting arrest. He is due to appear at Basildon Magistrates’ Court on Monday, May 21.

A police spokespersn said: “We received a call at 2.40pm from Thurrock Council about criminal damage to bollards in Thames Road.

“We attended to find an unauthorised traveller encampment and while making enquiries with the local authority, our officers reported that they were pushed and kicked.

“Two people were arrested and we served Section 61 notices before the site was vacated later that day.