Council may bid for fund to help children with alcoholic parents 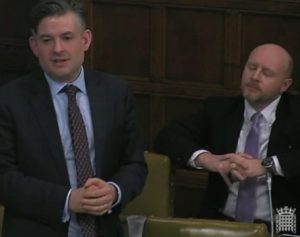 THE government has announced £6m of funding to help children with alcoholic parents get support and advice reports the BBC.

Plans include fast access to mental health services for children – and programmes to treat parents’ addiction.

An estimated 200,000 children in England live with alcohol-dependent parents.

The NSPCC says there has been a 30% increase in calls to its helpline over the welfare of a child due to a parent misusing alcohol in the past year.

Local councils will be able to bid for a share of £4.5m, based on their need for services.

The money will help to speed up the identification of children who are at risk, give support to reduce the numbers going into care, and provide programmes helping parents through their treatment.

Health Secretary Jeremy Hunt said: “The consequences of alcohol abuse are devastating for those in the grip of an addiction, but for too long, the children of alcoholic parents have been the silent victims. This is not right, nor fair.

“These measures will ensure thousands of children affected by their parent’s alcohol dependency have access to the support they need and deserve.”

Mr Hunt paid tribute to shadow health secretary Mr Ashworth, who has spoken out about his own experiences of growing up with an alcoholic father.

“Some things matter much more than politics, and I have been moved by my Labour counterpart Jon Ashworth’s bravery in speaking out so honestly about life as the child of an alcoholic,” he said.

“I pay tribute to him and MPs with similar experiences across the House who have campaigned so tenaciously to turn their personal heartache into a lifeline for children in similar circumstances today.”

Mr Ashworth welcomed the announcement, saying it was a “real breakthrough”.

He told BBC Breakfast he felt alone and embarrassed growing up with an alcoholic father and said the government’s plans “would have made a tremendous difference to my childhood”.

The move has won praise from Labour MP Liam Byrne, who also lost his father to alcoholism, and chairs the all party group on children of alcoholics.

He said: “This is a huge step forward for Britain’s innocent victims of booze; the kids of parents who drink too much and end up scarred for life.”