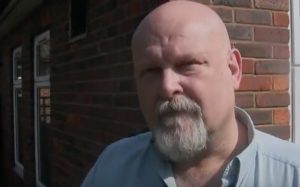 IF Labour are to re-take Thurrock Council, whether it is in 2018 or 2019, then there are must-win seats. Belhus is one of them. Not so long ago, it was a Labour stronghold with councillors such as former mayors, Charlie and Wendy Curtis. But then came UKIP and it looked like a marriage made in heaven.

But now it is 2018. The local councillor, Chris Baker has left the party and joined the new party, The Thurrock Independents. Chris has been one of thse councillors who quietly works in the background to help the people of his ward. No fuss, no fanfare. He probably hates the meetings in the chamber and probably loves being out and about in the ward. He is deeply concerned at crime levels in his ward.

Chris won by 406 in 2014 but in 2016, UKIP only won by 291. Perhaps Chris had more local recognition than the 2016 candidate (Angela Sheridan) but that may well be why, Laboour fancy their chances here.

The Labour candidate is Mike Fletcher. As you will see from our interview below, Mike may well be a real find for Thurrock Labour. He already appears to have a firm grasp on local issues and you get the feeling that, if elected, he will be a combative presence in the chamber.

The Conservative candidate is detailed below.