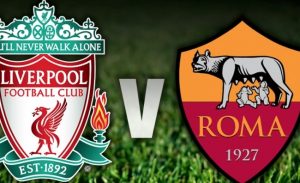 Merseyside Police said the arrests were made in relation to various alleged offences – including attempted murder, affray, Section 47 assault, possession of offensive weapons, possession of a controlled drug, criminal damage and being drunk and disorderly.

A man attacked before the match remains in a critical condition this morning – police have confirmed.

Among the arrests were a 35-year-old man from Thurrock who was arrested for affray and has been taken to a police station to be interviewed.

Liverpool FC have also released a fresh statement urging people with information to contact the police and praising the emergency services.

It states: “Liverpool Football Club will continue to work closely with the relevant authorities to establish an understanding of the facts, following a serious and disturbing incident at Anfield last night which has left a 53-year-old supporter in a critical condition in hospital.

“The club’s first priority is the safety of all fans attending matches.