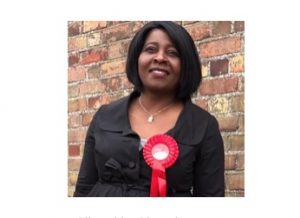 DEFENDING councillor Bukky Okunade (Lab) has held this seat since 2006. Bukky has seen them come and seen them go. In 2006, she won by 47 votes against an Independent. Since then the Labour councillors for the ward have seen off challenges from the BNP, UKIP and a whole hosts of Independents. Granted, Emma Colgate won the seat for the BNP in 2010 but that was not against the formidable Bukky.

It is a strange ward in that it straddles the Dock Approach Road. So there will be the socio economic challenges that stem form Tilbury as well as hopes and aspirations of new communities and regeneration. There will also be the Thurrock Park aspect. Infact, just this week, there is a considerable planning application being submitted.

Things were close for Bukky in 2014, when she only beat UKIP by 34 votes. In 2015, Clare Baldwin won by just five votes from UKIP. In 2018, there is no UKIP candidate instead there is Allen Mayes from the Thurrock Independents. Allen ran an impressive campaign at the Ockendon By-Election and will hope to poll at least 300 plus. That will give him a feel for whether this is a ward that they can carve out a future down in Tilbury.

But Bukky may well be celebrating twelve years as a councillor and once again prove a formidable campaigner across the divides.

One Response to "Ward by Ward: Tilbury Riverside and Thurrock Park"