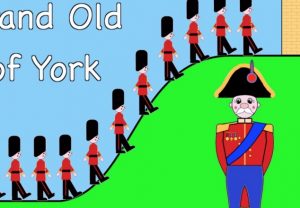 Mr. Perrin’s blog: A Word in Your Ear.

JUST a few more days of campaigning before the result of the Local Government Elections in Thurrock will be declared on 3rd/4th May 2018. It would be presumptuous of me if I was to take it upon myself to instruct people to vote for a particular Party/Candidate. However, in view of the emergence of the “Thurrock Independents Party”, I consider I am justified in presuming to advise people who NOT to vote for.

My advice to the voters in Aveley, who are considering voting for him as a member of UKIP, do not be fooled, there is a “genuine” UKIP candidate on the ballot paper.

In my opinion Mr Aker is nothing more than a politician adept at exploiting, for his own political ambitions, what he perceives to be popular causes, such as the Union Flag and the St. Geroge’s Flag on every lamp post throughout the Borough and the erection of “dangerous” flagpoles on public highways, in short he is a flag waving political opportunist supported by his sycophantic “gang of four” Cllrs Allen, Duffin, Smith and Spillman.

As for the other Thurrock Independents candidates, especially those who are seeking re-election, they are relying on their past as UKIP members as which they were originally elected before “jumping ship”. They claim they have been an “effective” opposition over the past four years and site the fact that motions they have submitted for debate have mostly been accepted as justification for their claim. If you ensure that the subjects of your motions are popular with the public, i.e. the eradication of child poverty, you are unlikely to meet with opposition from any political Party, it is certainly not an indication of your effectiveness, at the end of the day it is just a “talking shop”.