THE HEADTEACHER of Stifford Clays Primary, Anthony Peltier, has left the school.

A letter went out to parents of the school on Monday.

Last month, YT reported that he was taking a leave of absence. We now understand that he has taken early retirement.

Anthony Peltier had been head of the school of the school for six years and was very popular. When we ran the story last month, our comments section on Facebook was full of praise for his work.

Many pointed to his Christmas Day event when he threw open the doors of the school for a special festive dinner. 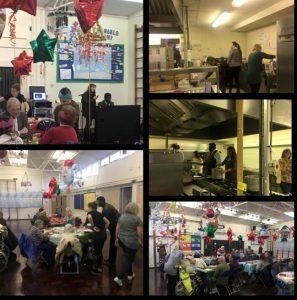 Mr Peltier is also a senior special (volunteer) in the Metropolitan Police. In 2011, he received a Pride of Britain Award for saving the life of a boy who was stabbed in a gang fight in London.

The head of Deneholm Primary, Christina Pumfrey has, temporarily, taken the reins at the Whitmore Avenue school.

As Stifford Clays is part of South West Essex Community Education Trust (SWECT) along with Deneholm Primary and William Edwards School, we contacted them to establish why he was absent. We did not receive a reply.

One Response to "Headteacher of Stifford Clays Primary quits"