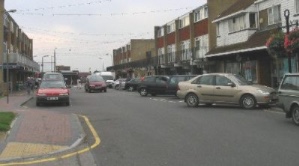 THIS IS the fifteenth of our sixteen little windows into the local elections in Thurrock. We are leaving the tricky ones until last. So before we deal with the political maze that is Aveley, we will have a look at SECT.

This has been a fascinating seat. In some ways it has been all over the place. In other words, three parties have ruled the ward at some stage over the last ten years

As you can see from before, it is a seat that has really embraced the UKIP policies. UKIP’s vote has fallen off the edge of a cliff since 2017. In the 2015 General Election, UKIP got 12,097 in the constituency (South Basildon and East Thurrock). In 2017, that collapsed to 3,193. That is a far far steeper decline that occured in Thurrock.

So it is fair to say that UKIP won’t hold the seat but by just running a candidate, they have scattered the proverbial pigeons. The defending candidate is Roy Jones but he left UKIP for the Thurrock Independents. You feel Roy would have had a chance if UKIP weren’t there. He may still have a chance. He has been a hard working councillor and really made an impression.

Both are possible. In 2016, the Tories came third with 499 votes whilst Labour came seocnd with 499.

Both Tories and Labour have young candidates who look keen to get involved in local politics. Conservative Alex Anderson seems to have done the hard yards but then again so did popular local man, Stuart Smith in 2016 but to no avail.

The Labour candidate George Elcock has been working hard, both on his own and with groups. He had a large group of Young Labour with him at the weekend, doing the hard yards on the Crux estate.

This is such a hard one to call, but we think the vote could be split three or four ways and the Tories could sneak up on the rails.

One Response to "Ward by Ward: Stanford East and Corringham Town (SECT)"