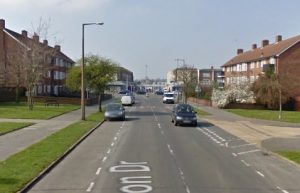 POLICE Officers are appealing for witnesses after an attempted aggravated burglary in South Ockendon.

Two men with knives tried to gain access to a flat on Afton Drive just after 11pm on Friday, May 11. They were unsuccessful.

It is believed that both men were black and were in their mid-20s.

We are treating this as an isolated and targeted incident with no wider risk to the public.