Do you live in Thurrock and use heating oil?

HEATING oil trade association The Federation of Petroleum Suppliers (FPS) is urging the 37,895 households in Essex who use heating oil, to take part in the Government’s consultation on the future of heat in homes – to have their say and submit their views to make a real difference to the future of heating oil, before the 11th June deadline.

The FPS has also written to local MPs asking them to support their constituents who use heating oil and to help shape the Government’s upcoming policy so that heating oil can be part of a stepped change approach to reaching the Government’s 2050 carbon reduction targets.

Entitled A Future Framework For Heat In Buildings the Government consultation is calling for ideas and evidence on how best to decarbonise the 1.2million homes across the UK that use oil for heating.

FPS Chief Executive Guy Pulham says: “It’s vital that everyone who uses heating oil has a say on this most critical consultation and seizes the opportunity to voice their opinion to make a difference. The current Government’s policy seems to be encouraging moving rural households and businesses – currently using oil heating – to electrically driven heat pumps to cut carbon emissions from the heating sector but we are concerned that may place a large financial burden on many rural communities whose housing stock will need additional costly insulation to make the investment in heat pumps provide competitive energy bills.

“The Energy Savings Trust estimate that the cost of installing heat pumps is at least £6000 with external wall insulation costing £8000 & internal wall Insulation £4000. Compare this to around £2000 for an oil condensing boiler of similar heat output or £1600 if subsidised by a nationwide £400 government boiler replacement incentive scheme, or free for the poorest households under the Government’s current ECO 2 scheme which is due to end in September 2018. A more efficient oil condensing boiler can also reduce CO2 emissions by 30%.”

According to the latest quarterly data released on 30 April 2018 from Sutherland Tables, a recognised independent source of comparative UK domestic heating prices, running an oil condensing boiler currently remains far cheaper than any renewable heating options. The average annual cost of heating a three-bedroom home in Great Britain with an oil condensing boiler is £1143 per annum compared to an air source heat pump radiator system at £1685 per annum and electricity is £1913 per annum. For homes using an LPG condensing boiler the cost is £1567 and wood pellets is £1532. Oil is the cheapest option for off grid homes and has been since October 2014.

“The Government has a target to reduce carbon emissions by a minimum of 80% by 2050, and this consultation has been designed to help shape plans for phasing out fossil fuel heating in off-grid buildings in the 2020s to assist in its overall target,” explains Guy Pulham.
“We believe that oil and potentially bio fuels in the future, can be part of the solution – but we need your help if you’re a householder using heating oil, to persuade the Government that oil does have a future and that we can find a way to meet the carbon reduction targets by working together.”

The FPS is the heating oil trade association and collective voice of the industry and represents its members and consumers on a national level by working closely with Government on all proposals relating to the sector. Currently, the trade association is calling on the Government to support a UK-wide oil boiler replacement scheme as well as to provide support for the research and development of a bio fuel.
Guy Pulham adds: “There are plenty of things that can be done to decarbonise the heating oil industry and still ensure it has a bright future – which is why we work so hard to represent the industry and work closely with the Government to ensure we always have our say and are able to influence policy.

“You really can make a difference and help shape the future of our industry by voicing your opinion on heating oil and any ideas you might have to help cut carbon emissions, such as an oil boiler replacement scheme.

To find out more about the Government’s latest consultation and to have your say, visit https://www.gov.uk/government/consultations/a-future-framework-for-heat-in-buildings-call-for-evidence 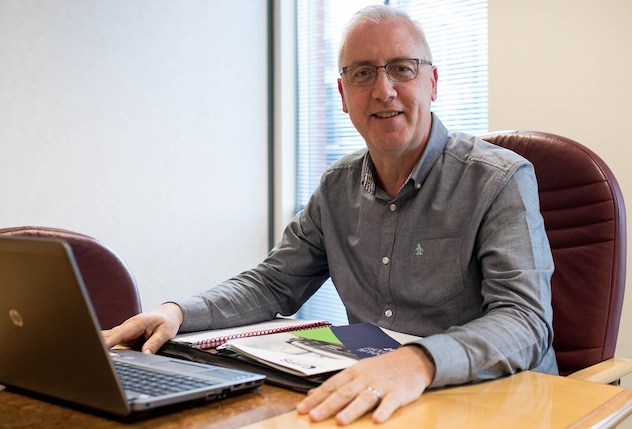