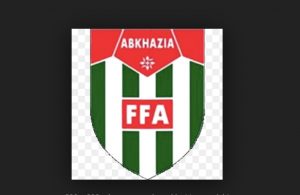 THE Confia World Cup comes to Aveley’s Parkside stadium today with Abkhazia taking on Tamil Ealam. Kick off is at 6pm.

Abkhazia is an independent state on the Eastern coast of the Black Sea which declared sovereignity in 1990. The population of Abkhazia is almost 250,000 and the official languages are Abkhaz and Russian.

The North-East of Sri Lanka is the traditional homeland of Eelam Tamils. Trincomalee is the cultural capital of the region. In the 2012 census there are around 2.25 million Tamils living in Sti Lanka. Tamil is a language in its own right however many Tamil people also speak English and Sinhalese. The national team was only established in 2012. Thurrock is home to many British Tamil families.

Abkhazia are the current holder of the Conifa World Cup and boast several players plying there trade in the professional Russian league. However the pre-tournament hot favourites have not performed and will be looking to regain some pride today. Tamil Ealam struggled in the group stages against more experienced sides and face another tough task today.

If you want to see goals then this may be the game for you. However we expect to see most of them scored by the Abkhazia.