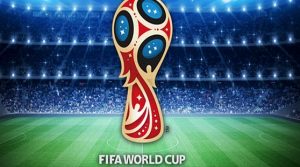 Football fans rejoice! The World Cup is here! The tournament kicked off at 4pm on Thursday and saw hosts Russia beat Saudi Arabia 5-0.

As a lover of the beautiful game we thought it would be remiss of us not to share our thoughts on the main protagonists in the competition and highlight a couple of dark horses that may be worth keeping an eye on.

England – The three lions go into this tournament with the least experienced team in the competition, in terms of international caps.

However, all is not lost. The squad boasts one of Europe’s leading goalscorers, Harry Kane, and a host of young players with pace, technical ability and incredible potential.

Given the lack of experience, an early exit is not an improbable outcome. However, do not be surprised if England surpass the low expectations many have.

The manager, Gareth Southgate, could be the key figure in the squad. Can he motivate his young team to perform at their best? Does he have the tactical ability to set his team up properly and make the correct in-game adjustments? Will he be able to handle the pressure himself?

Brazil – The betting favourites look extremely good value at 4/1. Their form has been very impressive and they boast some of the worlds finest attacking talent. They also look solid defensively.

Germany – You can never count out any Germany team. However, with only one win in their last six games, a less than impressive victory over Saudi Arabia, German fans would be right to be a touch anxious. Their squad does look incredibly strong on paper until you get to the forward line. Will they be able to score the goals required to win the competition?

Spain – After such an incredible run of form the news that their manger has been sacked was the story of the week. His replacement, Hierro, has been there and done it as a player but can he lift the players to perform in the tough first game against Portugal? Spain have an embarrassment of riches and have an incredible chance if they can put this week’s difficulties behind them.

France – With one of the easier potential routes to the semifinals France are a real threat. They have a fearsome forward line and an all action midfield. Defence looks likes the weakest area of the team. If they can be organised and solid at the back then France have a solid claim to lift the cup.

Argentina – This team boost some of the worlds greatest players however their form is extremely disappointing. They only scrapped through qualifying, scoring just 19 goals in 18 games. With the likes of Messi, Aguero and Higuain in the squad it’s hard to rule them out but there appear to be several teams more likely.

Belgium – On paper Belgium have as frightening a squad as any in the tournament. Whilst they have yet to reach the potential of the sum of their parts this team could click at any moment. 11/1 looks like a huge price for a team with as many household names and superstars. This is a golden generation for Belgium football. Can their performances match their potential?

Portugal- The European champions have been all but written off by many. However the team’s recent form is encouraging and in Cristiano Ronaldo they boast the world’s greatest player. Surely t25/1 is a huge price for such a team? Do not be surprised to see Portugal confound the tipsters.

Uruguay – Can Uruguay stay compact and effectively counter attack? If so then Suarez and Cavani could cause havoc in Russia. The squad appear to have a real unity and are led by an incredibly astute manager. Perhaps a third World Cup is not impossible?

Croatia – In Modric and Rakitic Croatia boast to of the worlds finest midfield players. However do they have the goal power to trouble the favourites?