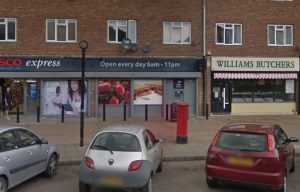 A BUTCHER from Grays has been forced to pay out over £3,600 after Thurrock Environmental Health discovered he was selling potentially dangerous meat.

A routine inspection carried out by Thurrock Council’s Environmental Health Team found that there was a danger that ready to eat food could be contaminated with deadly bacteria from raw meat as staff packaged both for sale on the same vacuum packing machine.

On top of this officers found that staff at the shop were not properly trained, did not understand the risks of cross contamination between raw and cooked meat and that appropriate food safety procedures were not being followed.

Cllr Rob Gledhill, Portfolio Holder for Public Protection and Anti-Social Behaviour, said: “We take breaches of food hygiene standards very seriously and will not hesitate to take action where public health is put at risk.”

Following the inspection, Mr Williams took prompt action to resolve these matters and is now complying with food law.