Purfleet developers on the right track 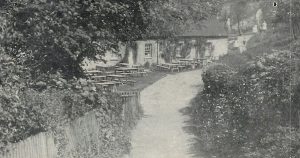 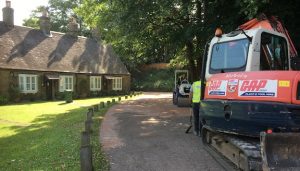 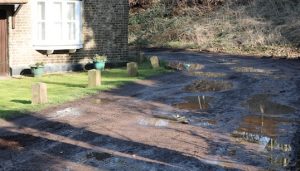 DEVELOPERS PCRL have made good on their promise to improve the track or road that surrounds the Grade II listed Hollow Cottages in Purfleet. The cottages built around 1790 by Samuel Whitbread for his chalk pit workers are the oldest workers cottages in the borough.

The privately owned 150 year old track or road was bought by Thames Gateway and ownership transfered to Thurrock Council on its demise. During their ownership despite pleas from residents no maintenance was done leaving a very boggy track when it rained. After recent groundworks by Keltbray for PCRL they built up and resurfaced the track in keeping with the setting of the cottages to the delight of residents.

The lime / chalk trade in the early nineteenth century was big business in Thurrock and was very big in Purfleet. Under ownership of the Whitbread family, who built the village of Purfleet the lime business expanded. In 1804 the first rail track in Essex was built to quickly transport lime from the quarry to the river front jetty. From there it then went by barge to Purfleet Wharf underneath what is now new Blackriars Bridge in london to be sold.

According to Charles Whitbread at one point the lime trade at Purfleet generated more income for the family than the brewery that the family is known for.

A good start for the regeneration of Purfleet.