A future and a hope – that is what God promised the Jews in Babylon after 70 years in exile in our first reading from the prophet Jeremiah.

A future and a hope – and that is what so many Caribbean families came for as they disembarked from the Empire Windrush here in Tilbury, 70 years ago today. That was what they were invited for, and promised, in a time of labour shortage and post war hope and renewal in Britain. And they paid the £28 fare each for the privilege! 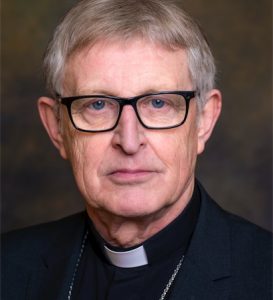 That is why we are here today: both to celebrate their arrival and gift to the UK and be challenged by what some of the Windrush Generation have experienced since. They came with such hope for a great future in the UK, which they had been taught was their “mother country”.

Hear the words of Lucile Harris who arrived on Windrush on that day “It was a lovely day, beautiful, and the family were all at the dock waiting for me…. I was very excited.” Today we celebrate what Lucile and so many others of the Windrush generation have given to British culture and prosperity since, especially in the NHS, in our transport networks and in our armed forces – like 92 year old Alford Garner who also arrive that day from Jamaica after previously serving in the RAF during the war. He went on to be an engineer in Leeds, raised a family, founded a Caribbean Cricket Club and recently said “If I had to do it again, I would do every damn thing just the same.”

There are so many stories like Alford’s to celebrate today where we can rejoice in what the Windrush Generation and their successors have achieved in bringing their vibrancy, commitment, hope and cultures to what at times has been an impoverished British welcome.

Yet we all know there is another side to the coin. When hospitality was needed, what was often given, in the words of that now all too familiar dreadful term, was “a hostile environment”. And that has persisted to this day! Even to the extent of unjust deportation recently. We must all recognize and face up to that truth.
Listen to some other words of those who disembarked that day:

“They tell you it is the ‘mother country’, you’re all welcome, you all British. When you come here you realise you’re a foreigner and that’s all there is to it.”
“I know a lot about Britain from school days but it was a different picture from that one, when you came face to face with the facts. It was two different things.”
That challenge remains. We must admit that it is not only our Government that has contributed to make it so at times. We all share that responsibility and must repent. The Church of England itself was not exactly welcoming to the Windrush Generation 70 years ago locally in many parishes. Repentance is appropriate today as well as celebration.

70 years ago, and often since, there has been too much of what the sociologists term “othering”: that attitude that despises difference and divides, and can often lead to conflict.

The New Testament is full of what one might call “one- anothering”. Jesus commanded us to love one another, forgive one another, look to one another and encourage one another: an attitude that celebrates difference and learns from it.

The Christian theologian Sam Wells says that the most important word in the New Testament is “with”. What we do with one another, share with one another, offer to one another across cultures and difference is so crucial in terms of defeating hostility with hospitality. And I am sure we are going to see that in the celebration of diverse community that follows this short service.

The Windrush Generation, as well as many current genuine asylum seekers and refugees have experienced much of what is quoted in our second reading, “8 We are afflicted in every way, but not crushed; perplexed, but not driven to despair; 9 persecuted, but not forsaken; struck down, but not destroyed.” So many brought those Christian values and that perseverance with them to this land and lived them out, despite all.

As we consider the past we must learn from it, for it teaches us what is necessary for a better present and future: hospitality, rather than hostility; a hope and a future, rather than denial and division; grace and love, rather than conflict and hate.

We must learn 70 years’ worth of lessons: to turn hostility and apathy to hospitality, to learn and share across communities and cultures; and to recognise the gifts that we all bring to God’s table,
in what is now a glorious cacophony of multi cultures in the UK: none more so than in this area of Tilbury and Thurrock and along the river Thames into London. We need to do a lot more one another-ing, recognising God in others and in ourselves.

Just before her resignation, Amber Rudd, our previous Home Secretary said that her own department at the Home Office “had lost sight of the individual”. All of us share that loss of sight. Each individual, whatever their race colour or creed is fearfully and wonderfully made, as the Psalmist says, and in the image of God.

We must bring Godly values and the appreciation of each individual front and centre, examine ourselves, as well as the national conscience: challenge our government when necessary and praise them when they show real generosity, rather than hostility. It is about us all.

Tilbury is a microcosm of hospitality in the way it caters for the many seafarers from so many different cultures who disembark here day in, day out, if only temporarily.

But the challenge today is to think even wider than the Windrush Generation: the travesty of unjust detention for genuine asylum seekers; their prevention from work, forcing many onto the streets or worse; a lack of pan-European policy and partnership on illegal immigration.

The hostile environment persists, via immigration checks required by landlords, healthcare facilities, banks, employers and even the church. It is now made a requirement and a duty! That debilitates, devalues and denies people seeking a genuine future and hope. We cannot of course open the gates of the UK to all who would like a home here, but we can offer hospitality to those who have a right to be here and have a big contribution to offer our society.

A future and a hope 70 years ago: that is what they came for; that is what they were invited for, but for many, to our shame in Britain that was not what they found.
The future must and can be different. That must be our hope and our prayer.

To the Windrush Generation, we are glad you came. We are glad that you, your children and your children’s children stayed. We ask your forgiveness for the harm you have been done and thank you for being a vital and vibrant part of this country – your country.