A prolific fraudster who conned vulnerable victims out of around £120,000 has been jailed for a string of crimes spanning three years.

William Smith admitted 25 crimes, many of them for fraud, and he was jailed for four years at Basildon Crown Court on Friday, June 21.

He cold-called victims at their home using false names, tricking them into paying large sums of money for building work or pest removal that in some cases did not need to be carried out.

The 21-year-old targeted mainly vulnerable victims, persuading them to part with a total of around £120,000. On other occasions, victims refused to pay him. 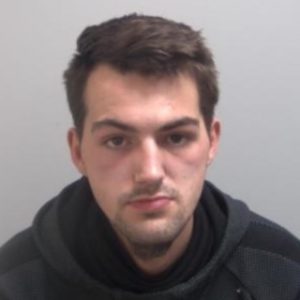 His accomplice, George Davis, admitted two counts of making a false representation and one of criminal damage. The 24-year-old, also of Chelmsford Road, Wickford, was sentenced to 12 months in prison, suspended for two years, for each count. He was also ordered to complete 150 hours unpaid work, 20 days rehabilitation requirement and a thinking skills programme.

He also pleaded guilty to aggravated vehicle taking of a Hyundai Atoz in Basildon, dishonestly receiving stolen goods (a Jaguar XFS) and making off without payment, all in August 2015.

He also admitted an attempted burglary and a burglary, both in Wickford, theft of an Audi TT from one of those homes and a burglary in Romford, all in August 2015.

Dunn was sentenced to 12 months in prison, suspended for two years, for these eight offences.

DC Joanna Barnes, of Brentwood CID, said: “Smith preyed on the most vulnerable members of our community, repeatedly targeting them and taking advantage of their good nature. The actions of Smith are utterly deplorable.

“Many of his victims suffered from serious illness and their actions have greatly impacted on the recuperation of those involved.

“Some victims have lost their life savings and many were too ashamed to come forward and report the crimes – they felt they had been silly to have fallen for it.

“However, I have spent a great deal of time reassuring them and together, with their cooperation, we have secured numerous convictions against the defendants.

DC Steve Dawkins, of Basildon CID, said: “This has been a long, drawn out investigation, involving multiple victims across Essex. I personally thank all of the victims and witnesses for their support throughout the three year investigation.”

Fraud by false representation – In September 2016, Smith knocked on the door of a vulnerable elderly woman and her daughter in Teviot Avenue, Aveley, and asked to use the toilet. Somehow he then managed to access the loft and claimed there was a rat’s nest that he could get rid of for £500. He was given the money and returned the following day to carry out the ‘work’. But the victims were suspicious and refused him entry, before telling a neighbour, who called police.

Two counts of attempting to obtain money by deception from two victims in Berstead Drive, Pitsea, and Frances Gardens, South Ockendon, in May 2017 by claiming they had rats nests that needed removal. No money was obtained.

Fraud by false representation – In July 2016, Smith conned a man in his 70s out of £3,500 for repairs to a chimney that were never completed. The victim, of Hall Road, Great Totham, has since had the work done by a legitimate roofer, who charged £400.

Fraud by false representation – Between July and August 2016, Smith and Davis conned a brother and sister aged in their 60s out of around £38,000 for work to a chimney at their home in Pondfield Lane, Brentwood, and repairs to a porch they damaged while carrying out the work.

Fraud by false representation – Between August and September 2016, Smith and Davis conned a man aged in his 60s out of £32,700 for work at his home off Waveney Drive, Chelmsford.

Fraud by false representation – In August 2016, Smith tricked a woman out of £2,700 for work to the roof of her home off Waveney Drive, Chelmsford. The work was never carried out.

Fraud by false representation – In August 2016, Smith told a resident in Thornford Gardens, Southend, that he worked for the fictitious Anglian Water Board and needed access to his home to carry out work. The victim had recently had work completed, including new plumbing, but Smith claimed the pipework had not been done to the correct standard and would cost £2,500 to fix. Smith then drove the victim to a bank in Southend to withdraw the cash. But staff members became suspicious and called police.

A further count of fraud by false representation against the same victim, in which Smith tricked him out of £40,000 for roof work between December 2015 and March 2016.

Fraud by false representation – In July 2016, Smith tricked a man from Hall Road, Great Tottham, out of £35000 for roofing work that was not required.

Davis admitted a charge of criminal damage to roof tiles at the same property.

Fraud by false representation – In May 2017, Smith knocked at a 77-year-old woman’s home in Thorndon Avenue, Brentwood, and claimed her neighbour had reported she had a wasps nest. He claimed she could be taken to court if she did not have it removed and then said it would cost £500. He asked for £320 upfront for equipment, which she paid. When she later called him to cancel, he claimed she would be refunded. The money was never returned.

Fraud by false representation – In February 2017, Smith falsely said he was from the Pest Control Board and needed to remove a rat’s nest that didn’t exist from a home in Pincey Mead, Pitsea, conning the resident out of £1,000.

Fraud by false representation – In May 2017, Smith tried to trick a resident in Tiptree out of £500 to remove a rats nest that didn’t exist. No money was handed over.

Fraud by false representation – In December 2017, Smith called at an address in Benfleet claiming to be a pest controller and that the victim’s neighbour had complained about rats. He claimed the victim would be taken to court if she did not pay him £200. He searched her house, allegedly for rats, and when she left the victim noticed two of her bank cards were stolen. One of the cards was used to buy items worth £1,100 from shops.

Fraud by false representation – In January 2018, Smith called at an address in Thundersley claiming to be from the ‘gas board’ said he needed access to the victim’s home to search for gas leaks. He asked for £1,250 to fix a leak and install a new meter. When she said she could not afford it, he asked for £500 and drove her to a bank to withdraw the money.