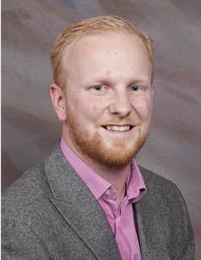 A THURROCK councillor could face disciplinary action after he was found to have provided an internal email which exposed maintenance failings.

The e-mail was passed on after the council had faced several requests for answers about why parks and cemeteries in the borough were left in a poor condition.

Environmental director Julie Rogers e mailed councillors to apologise for the issue and reassured them that she is addressing the problem, however the same level of transparency was not given to the public.

Councillor Jack Duffin of the Thurrock Independents Party decided to forward the email to local media at the end of May because he felt that it contained information that was in the public interest.

A month later, Mr Duffin says he was contacted by the council and told he would face disciplinary action and the news reports published as a result of the email had led to an internal investigation, which included the examination of emails sent by councillors.

“I got an e mail from the council saying I had forwarded a confidential email. They had searched the email database and said that I should come in for a meeting,” said Mr Duffin.

“I replied and told them I’d had several emails marked confidential and this was not one of them and I got a reply to say thank you, I’ve not heard anything since so I don’t know if they plan to progress it.

“Members of the public and the media had all been asking about this issue and the council was not giving an answer. The council is there to serve the residents so if we are given important information that residents want to know, and it is not confidential, it is my job to inform them.”

Thurrock Council refused to comment on the case because they said they do not comment on internal matters.

Under the council’s code of conduct members are required to respect confidential information but Mr Duffin claims that the email did not explicitly state it was confidential.

“We get lots of confidential emails from the council, they are all clearly marked, and we respect those. If half your mail is marked confidential the other isn’t then through process of elimination you assume that those not marked are not confidential,” Mr Duffin said.

“It is not like I’m forwarding personal details, the council just doesn’t like councillors talking to journalists.”

A spokesperson the Thurrock Independents Party called the situation a “worrying step” and said they “will not tolerate” councillors being questioned for exposing what they consider to be service failures.