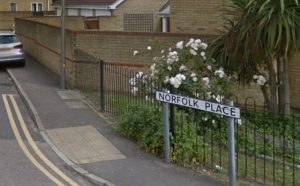 A LANDLORD has been fined £2,525 after failing to licence her property and providing inadequate living conditions for her tenants.

Adeola Makinde was found guilty of failing to licence her property in Norfolk Place, Chafford Hundred, as a house in multiple occupation (HMO) following a trial at Basildon Magistrate’s Court on Monday.

The court heard that Thurrock Council had been requesting a HMO licence application from Makinde since 2014, but no application was made.

An inspection in July 2017 found that the property contained 12 people living in four rooms and sharing a single kitchen. It also uncovered inadequate fire safety measures and a number of issues with the condition of the property.

Makinde pleaded not guilty to failing to licence the HMO, three breaches of HMO management regulations, failing to return information about the house and failing to return documents, but magistrates deemed her actions were unreasonable and found her guilty of all six charges.

Cllr Barry Johnson, portfolio holder for housing, said: “We believe everyone should have a good quality place to live and will continue to take action against those landlords who fail to ensure their properties are safe, well managed and properly licensed.

“We are currently consulting on a proposed new additional licensing scheme which would mean more landlords who own shared houses and flats have to comply with national health and safety standards and local criteria.”