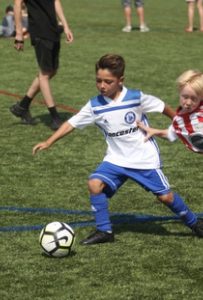 Paul Farr-Green, organised the event for the first time and was pleased at how it turned out.

He said: “Although we learned a lot over the weekend, I can’t wait to get started on the next one which is our pre-season tournament on September 8th and 9th 2018.

“There were several teams that successfully won their age group competition but really, everybody had a good time running around in the sun enjoying the beautiful game that is football.”

Paul added: “I’d like to thank everybody involved in helping to set the weekend up, a big thank you to Lakeside Sports Ground, the teams that participated, but most of all – thanks to all those who turned up and made the day as successful as it was.”