Blogpost: Killed By My Debt 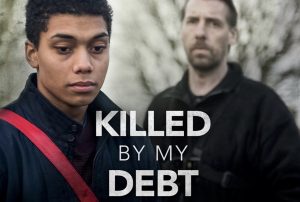 ‘Killed by my Debt’ is a BBC Three factual drama which tells the story of Jerome Rogers. Jerome, was a motorcycle courier who took his own life in March 2016 after a bailiff seized his motorcycle. It is a story which highlights how the escalating costs of enforcement action by a Public body can have the most tragic of consequences on the low paid.

In a world of zero hour contracts people are often living hand-to-mouth. Jerome had two traffic fines, of just £65 each, which he couldn’t pay. Jerome was 19 years old. He had very little life experience. He did what many people who can’t cope financially do. He put his head in the sand and didn’t tell anyone. He didn’t realise that there was help out there. Soon the accounts had been passed to a bailiff and Jerome’s debts spiralled out of control.

Like many in debt Jerome made the mistake of resorting to high interest lenders to try to clear his debt. This is a course of action that rarely provides any long term benefit and should be avoided. As a result his debts continued to spiral. In March 2016, a bailiff seized his vehicle and soon after Jerome killed himself.

Jerome’s death was entirely avoidable. He should still be with us. So why did it happen? A very young man, finding his way in life, made a few mistakes. He was trapped within an exploitative employment market which needs urgent reform. He was subject to a draconian enforcement system, which is used by councils up and down the country, including here in Thurrock. A system that does not distinguish between those who can’t pay, or simply can’t cope, and those who won’t pay.

I am delighted that the portfolio holder for finance in Thurrock, Cllr Shane Hebb, has called for a thorough review of how Thurrock Council collects its debts and how we can prevent residents from falling into debt in the first place. I look forward supporting this process in any way that I can.

I have been a long term critic of Thurrock’s debt recovery department, the conduct its officers and many of the bailiffs it has used to collect debt. I am not convinced that, if Jerome had been a Thurrock resident, the truly tragic consequences would have been any different. As a Council we need be certain that this can never happen in
Thurrock. We must make the changes necessary to ensure this.

To anyone in debt please remember that help is out there. The earlier that you seek help, the easier your issues will be to resolve. In 99.9% of cases specialist debt advice will help you realise that you are in control. Debt companies, collectors, bailiffs, and in some cases even Thurrock Council’s debt recovery department, exploit the worst fears of vulnerable people in order to recover money. Seeking specialist advice will take away these fears by giving you the facts.

If you’re debt please contact one of the following 100% free debt services:

If you are having problems dealing with Thurrock Council then feel free to contact the Office of Tim Aker MEP on 01375 415650 and book an appointment.

2 Responses to "Blogpost: Killed By My Debt"