Tilbury man give five year banning order from his own street

AN abusive neighbour has been banned from his former street and made subject of a five-year criminal behaviour order. 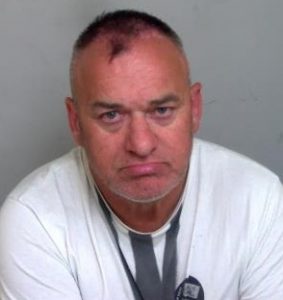 Robert Kennedy, 54, must not enter Gainsborough Avenue in Tilbury and is banned from entering land or property in the town without the householder’s permission.

The order prevents him from acting or inciting other people to act in an anti-social manner that causes or is likely to cause harassment, alarm or distress to one or more people not of the same household. He also must not approach, accost or beckon over anyone under 21.

Both these conditions apply within Tilbury.

Kennedy, formerly of Gainsborough Avenue had breached a community protection notice just three days after it was issued in May because of his abusive behaviour towards residents in the street.

He appeared at Chelmsford Magistrates’ Court on Tuesday, July 24 where he admitted two counts failing to comply with a community protection notice.

He also admitted separate offences of two counts of racially or religiously aggravated behaviour intentional harassment, alarm or distress; threatening to damage or destroy property; two counts of using threatening or abusive words or behaviour or disorderly behaviour likely to cause harassment, alarm or distress; driving without insurance, driving without an MOT; arrest for breaking or being likely to break bail conditions; obstructing or resisting an officer in the execution of duty; and using threatening, abusive or insulting words or behaviour with intent to cause fear of or provoke unlawful violence.

Kennedy was sentenced to a total of 37 days in jail, which were deemed served as he been on remand. He was also fined £150, told to pay a £110 victim surcharge and given six points on his driving licence.

“The granting by the court of the first Criminal Behaviour Order in the Thurrock district is a clear message that this type of anti-social behaviour will not be tolerated.”