“We were called just after 10.35am this morning, August 8, to the concerns for the welfare of a man in his 20s.

“Officers attended after a call from the Ambulance service and assisted with closures on London Road.

“The man has been taken to hospital with injuries that are not believed to be serious”.

“We received a report of an incident on London Road, Grays.

“A male in his 30s was transported by road to Basildon and Thurrock Hospital”. 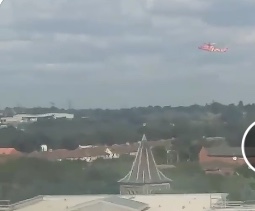 YT has a report that the air ambulance has landed on or near to London Road in Grays.

Film shows the air ambulance landing at just after 10.30am this morning.

We have contacted the emergency services for more details.