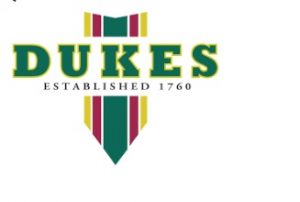 BELHUS reached the Dukes Essex Cup Final for the second consecutive year following their six-wicket victory over Shenfield at North Stifford on Sunday (5th August 2018). Ryan Wells led the way by dominating the visiting attack with an undefeated 80 runs from 76 deliveries, after openers Matthew Doran and Joe Joyce put on a century partnership with 34 and 61 respectively. Michael Fogg completed the picture with 32 not out from 28 balls and concluded the match by blasting a six over long-on.

Earlier, the home side had some good fortune when Shenfield’s opening batsman Jack Potticary stepped back on to his wicket for just eight runs as his team were constantly pegged back by an accurate Belhus attack. The most economical bowlers were Martin Guilbert (2-26) and Connor Day (2-27) from their ten-over allotment. Guilbert ended the resistance of visiting skipper Jack Kliber as the opener was bowled after a laboured innings of 32 from 81 deliveries, but Ollie Ekers accelerated the scoring rate until he was run out by Wells following a attempted quick single. Shenfield fought back well through Jamie Walton who was undefeated on 51 and number ten batsman Richard Abson-Bennett plundered 38 not out from just 23 deliveries as the innings came to its 50-over limit.

Belhus now face either Brentwood CC or Hornchurch CCC in the final, which will be played at Garon Park, Southend, on bank holiday Monday, 27th August, 12.30pm start. Admission is free.