Plans for new school in Brandon Groves still on the table 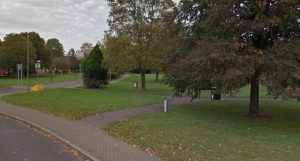 OVER the last few weeks, there has been much discussion about the possibility of new school seeing built in Blackshots, close to the rugby club area as well as the Elm Road area of Grays.

However, they are not the only possible developments on the table.

Back in June, a Thurrock Council document made reference to the possibility of a new school in South Ockendon or to be more specific, Brandon Groves.

The document read: “Reach 2 – 2FE, 420 place secondary. The new school would be part of the Reach 2 Academy Trust.

“The Council is working with ESFA to identify a suitable site for this school, as the proposed site for Brandon Groves is both logistically and strategically problematic and will be the subject of a separate Cabinet Report.”

Sources have suggested that the logistical problems may be very similar to the Elm Road application, parking and loss of green space.

Founded in 2012, REAch2 Academy Trust is the largest primary-only academy trust in the country. They are a growing charitable organisation currently supporting 55 primary academies across England.

YT spoke to Reach2 Academy Trust in order to find out where they were with plans for a new school.

A spokesperson said: “Discussions over the proposed new primary school continue with both the council and the Department for Education.”