PLANS to build a new housing estate on a plot of vacant land in Grays have been recommended for approval. 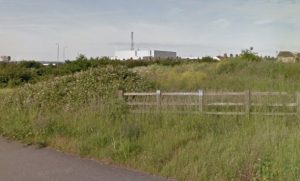 The proposal to build 102 properties on the disused 2.3-acre site adjacent to Moore Avenue and Devonshire Road in South Stifford, will go before the council’s planning committee on Thursday.

Bellway Homes Limited had previously been granted outline planning permission to build up to 75 homes on the site, a decision that had attracted some concern from residents who attended the planning meeting.

The revised plans include 28 more properties and has attracted eight letters of objection with residents fearing the estate will erode the feeling of village life and impact property prices.

In a report published ahead of the meeting, planning officers note: “It is recognised that the scheme has been revised since the outline approval, however the proposed layout would make an efficient use of land and the plans submitted show that the number of units can be accommodated on the site in an acceptable form.”

The applicant’s planning statement reads: “Thurrock Council cannot currently demonstrate an up-to-date five-year housing land supply and the provision of 102 new dwellings at the site will significantly contribute to the local housing supply assisting the Council meet its housing targets.”

The site also backs onto Moore Avenue and some residents have complained about a potential loss of privacy. The planning report states that the distance between the properties would be large enough that it will not have an impact on nearby properties.

Other objections received by the council include fears over the strain additional traffic will put on public transport and concerns over construction noise.

The report goes on to say: “The proposed layout and all matters of detail would be acceptable to create a suitable modern development. Other matters such as noise, archaeology, ecology, flood risk and contamination could be dealt with by appropriate conditions.”

2 Responses to "102 new homes in Grays recommended for approval"