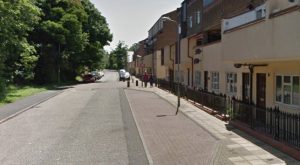 ESSEX Police are appealing for information about a knife point robbery in Purfleet at around 6.55pm yesterday, Sunday, August 12.

Three people were walking along an alleyway at the junction of Marine Court and Centurion Way when they approached by four suspects at around 6.55pm.

The suspects asked one of the victims, a man aged in his 30s, for a cigarette before pulling out a knife and making threats.

The other two victims – a woman and a child – managed to run away from the scene.

The suspects fled with the victim’s ring, chain, wallet and bank cards.

They have been described as being black and white men, aged in their mid to late 20s and of a medium build. They were all wearing black clothing.