For the third year running all students attending the College have passed at least 1 A Level exam and received an A* – E pass grade.

Economics, Drama, Media, and PE had no grades below a C and 15 subject areas had 100% pass rates. 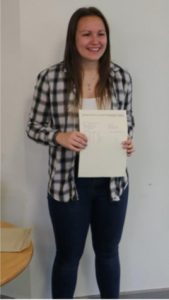 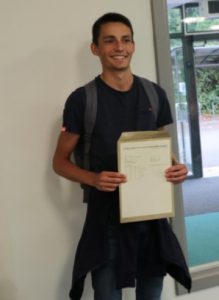 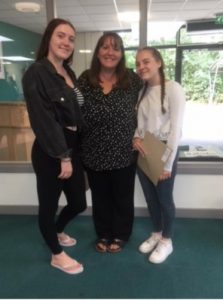 Emily Wood, ex Gable Hall with an A*, A, A, A in Biology, Chemistry, EPQ, and Maths.
Casey Jenkins, ex Gable Hall with A*, A, A in Maths, Chemistry and PE.
Liam Argent, ex Gable Hall with A, B, B in Maths, Physics and History.
Seniz Jessener, ex Gable Hall School gained an impressive triple Distinction* in Sports and Exercise Science in addition to an A grade in EPQ.
Chloe Dowsett, ex Gable Hall achieved a Distinction* and 2 Distinction grades in Health and Social Care.
Ruth Olajugbagbe (aka RUTI from the ITV’s The Voice UK 2018) achieved a Distinction* in Music in addition to two other Good GCE Passes.
Carey Jenkins,18, is off to Loughborough University to read Maths and PE, Emily Wood, 18, is off to Bristol to read Biology and Liam Argent, 18, recently accepted a High Level Apprenticeship position in a Swiss Bank in the City of London. With good qualifications and a great musical career, the world is now Ruti’s oyster but the level headed star is planning on going to university.

Mr Clive Stokes, Principal of Ortu Gable Hall said: “I am delighted at the performance of all our students. I am happy that the standards which drew such fulsome praise from Ofsted in the Summer have held up in this year’s results.”

Ms Sue Weston, Director of the Ortu 6th Form Centre said: “I am very proud of, and thrilled for, the young people in the 6th Form. They will now be able to go to the University, a Job or an Apprenticeship of their choice as a result of their hard work. I along with, Mr Evans, all 6th Form Staff and Parents wish them only the best for the future.”