Purfleet man who carried out over 200 sex attacks is jailed

A 67-year-old man who carried out more than 200 sexual assaults on two victims over a 25-year period has been jailed for 20 years. 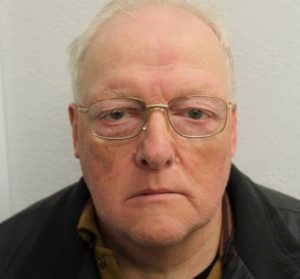 The offences relate to more than 200 assaults, with many of the 28 counts including a number of assaults.

Lee committed his crimes for more than two decades against two female victims who were aged under 16 years when the abuse started.

Between 1975 and 2000 he subjected the victims to repeated offences at various locations in east London.

A number of the offences were recorded by Lee on a camcorder.

In February 2018, one of the victims came forward to report her abuse at the hands of the defendant.

Diligent and thorough inquiries by officers led to the identity of a second victim, who, with the support of specialist officers, provided a full account of the offences she too had been subjected to.

On Thursday, 15 February, Lee was arrested at his home address. Within a safe at the property, officers found a number of video tapes which captured the abuse.

On Wednesday, 14 March Lee was charged. He pleaded guilty to his offences at a hearing at Snaresbrook Crown Court on Friday, 1 June.

Acting Detective Inspector Jason Keen, Child Abuse and Sexual Offences Command, said: “Lee is a predatory and self-serving individual, who subjected his victims to systematic abuse over a number of years, inflicting untold trauma and misery. It’s difficult to imagine the cumulative impact of such prolonged abuse, and I am just grateful the victims were able to find the courage to detail their experience to officers. I’m pleased that their bravery, combined with the hard work and determination of officers has paid off with this sentence.

“We believe there may well be other victims of Lee, and would encourage anyone who wants to report information to contact us. All allegations will be treated with the utmost sensitivity and in confidence.”