TWO athletes from Grays have been selected to compete for the England South squad in the Athletics at the 2018 School Games – a national multi-sport event for the UK’s most talented school-age athletes taking place at Loughborough University from 30 August to 2 September. 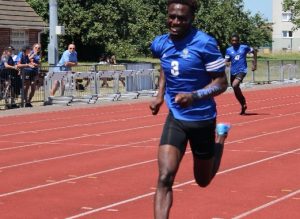 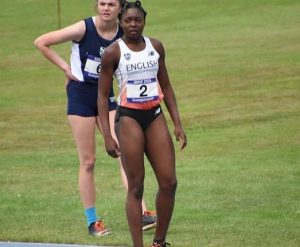 Theo describes this personal best as representing England in the Four Nations Combined Events competition in 2016, coming away with a gold team medal and a silver individual. He has also represented England at SIAB International 2018 in the long jump event. He will compete in long jump at the School Games.

Funminiyi also has an impressive record of success, as she won long jump silver at the SIAB International 2018. With a personal best of 6.05, Funmiyi also will be competing in long jump at the School Games.

Over 1,400 athletes will compete across 11 sports at the School Games, five of which include disability disciplines. This year the School Games has introduced four new sports (Canoeing & Rowing, Laser Run, Netball and Triathlon). The event will give young people, across a variety of different sports, an experience of high-level competition in a multi-sport environment similar to an Olympic or Paralympic Games.

The duo will be following in the footsteps of some of Britain’s biggest sporting stars who have competed at the event before going on to senior international success. Previous competitors include Paralympic champions Hannah Cockroft, Ellie Simmonds and Jonnie Peacock, Olympic champion Adam Peaty, heptathlete Katarina Johnson-Thompson and sprinter Adam Gemili.

At the event the athletes will experience the excitement of competing at the highest level. They will live in a dedicated Athletes’ Village on the Loughborough University campus, take part in a School Games ceremony and perform in front of huge crowds of spectators.

“The School Games National Finals provide a great opportunity for talented young athletes like Theo and Funminiyi,” says Ali Oliver, Chief Executive Officer of the Youth Sport Trust. “Competitors get a real taste of what it’s like to be part of a world-class sporting event at the amazing sporting venues of Loughborough University, and the event is a great way to see our future sporting champions in action today.”

The 2018 School Games is supported by National Lottery funding from Sport England and Home Country Sports Councils and is delivered by the Youth Sport Trust.

Tickets for the event are available now, at https://www.schoolgamesfinals.org/buy-tickets/