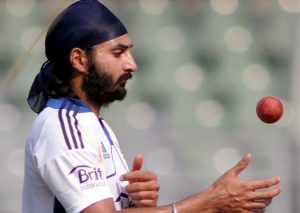 Hornchurch won the toss and elected to bat, the decision appeared to be justified as their openers Paul Murray and man of the match Ronnie Saunders put on 84 for the first wicket.

Saunders plundered 55 from only 34 deliveries and struck nine fours and two sixes, until he went for one big hit too many, being caught by Danny Norris as the ball rained down from the heavens. Murray was more circumspect, reaching a patient 36 from 71 balls, until he too was caught, becoming the first of two boundary catches by Osborne. Belhus fought back well. Dreher and Joe Joyce picked up three wickets apiece, the most economical being the former who conceded just 28 runs from his allotted ten overs.

The leading team within the Thurrock area started well through captain Danny Joyce with 37 runs, but his team lost wickets at regular intervals as Panesar executed his spin. Michael Fogg contributed 34 from the middle order while Danny Norris, batting at number ten, struck two sixes in a solo effort to finish undefeated on 16 from just nine balls. Belhus may have lost at the final hurdle, but they deserve great credit for reaching the showpiece again and putting up a spirited performance against the leaders of the Shepherd Neame Essex League premier division.