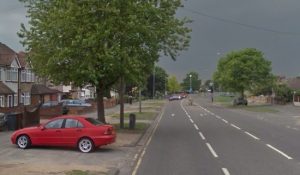 A GRAYS councillor has slammed the council for telling residents they could no longer park on verges that lead to their properties despite a written agreement telling them they can.

Residents on Lodge Lane in Grays have been parking on tarmacked ‘drives’ which lead from the road to their properties since the council gave them written permission in 2005.

The council claims they do not hold the agreement on file due to retention policies and wrote to residents on August 13 to inform them that parking restrictions will now be enforced.

“When I was contacted by people living on Lodge Lane about this I couldn’t believe the council was acting so stupidly. It is literally beyond belief,” she said.

“There is no dispute over ownership but for decades people living here have had an agreement with the council allowing them to park their cars on the drives – they even have it writing.

“Now, and without warning, the council first ticketed their cars, then withdrew the tickets, and now it is threatening to enforce again. People are quite rightly angry.”

She added there is no doubt the agreement is formal, and she had fought alongside residents to get the original agreement outlined in a letter dated July 8, 2005.

The letter states: “It will be acceptable for vehicles to park on the drive leading to the properties but must not cause an obstruction by parking on or across the pathway.”

However, the council defended its position by stating that a traffic regulation order has been in place since before 2005 and it prohibits parking on the highway, including on verges, footways and crossovers.

A spokesperson said: “The council is clear that legislation should be followed and any deviation from legislation is an anomaly. The letter sent to residents on August 13 has provided residents with notice that enforcement of the Traffic Regulation Order (TRO) will be resuming, following the refresh of double yellow lines.

“Whilst we appreciate that this will have been confusing for our residents, we cannot allow anomalies in the borough to continue. Legislation should be followed at all times as it is in place to keep roads clear of congestion and for the safety of all road users.

“Lodge Lane is a very busy road and needs to be kept clear from congestion. This includes the bordering verges, which if not kept clear can be hazardous for pedestrians walking on the foot path. If the TRO were to be removed, this could result in damage to verges and surrounding pavements by all types of vehicles including cars and lorries.”

They added they will be apologising to residents for the confusion and will provide another reminder of the parking restrictions before they begin enforcement action.